Krispy Kreme recently announced they would give a free donut every day for the rest of the year to anyone who showed they have been vaccinated. A friend tagged me on a post on Facebook to let me know because I love donuts. I sent it to my brother and sister who have been vaccinated. I thought it was a cool promotion. Others did not. I still see articles every day where people are very angry about this because donuts can make you fat and fat people are terrible and shouldn’t exist. See Dr. Wen below.

Shaming is nothing new, but it seems to be really en vogue now.

We shame others for not isolating as much as we are. Early on people on Twitter were calling anyone who didn’t do things exactly as they did “grandma killers” I unfollowed an actor on Twitter because he did this every day. Every single person he came across who he judged to be deficient in their Covid protocols were “grandma killers” and pretty much everyone but him was deficient.

We shame others for isolating instead of just living their life. They are called sheep who blindly follow the government and don’t think for themselves.

The government tries to use shame and judging to get people to follow their rules. If we were better people and did the right thing everything would be fine. They’ve done everything right and the only reason cases are up is because we aren’t good enough.

I’ve seen instances of people posting about their vaccine on Facebook only to be barraged with questions about how they qualified for the vaccine. Most with the implication that they didn’t think they should have been able to get vaccinated so they obviously cheated. We are out there yelling for everyone to get the shot, but then we question people when they get the shot because we assume they did something wrong to get their shot. This is why even though I share every random thought in my head I will not post my vaccination on social media.

There was a letter to one of the advice columns in the paper today where someone complained that friends of theirs “cheated” to get vaccinated as teachers. They do teach, but online only at the moment so she thought they should be ashamed of themselves for getting vaccinated. She was also eligible like them, but she was a “good person” who was saving that shot for someone who needed it more. The sad thing – the advice person agreed with her and said they used a “loophole” and it were being deceptive and unethical. I don’t know their exact situation. All I know is that even if I think it is dumb for a certain group to be eligible, I think everyone in that group should jump at the chance to be vaccinated. We aren’t doing anyone any good of we shame people about the vaccine enough that we slow down the process of getting everyone vaccinated.

Shaming is nothing new. I write this post, You Are the Biggest Loser, in 2014 after everyone had opinions about a woman who won The Biggest Loser. The news was full of doctors who had an opinion about her losing so much weight and how it was unhealthy. So, we have Dr. Wen saying giving people donuts is bad because fat people are bad but also doctors saying losing too much weight is bad. You can’t win.

Judging and shaming is always bad. I think it is worse when we add it on top of the stress and anxiety of a pandemic.

I was at work Monday when Notre Dame was on fire. I texted my daughter to tell her and we texted back and forth a little about the fire and how sad she was about it. Her graduation gift this past summer was to go to London and Paris. She loves history and museums and was excited to see all of the history in the cities. Notre Dame, of course, was one of our stops. I was happy to be able to share the experience with her and her brother. I posted the picture I took of them to remember the happy times and to reflect on how glad I was that they got to see it before the fire. Many other people I know posted their picture from Notre Dame. It was their personal connection to the story, same as me posting my picture.

Now, we’ve reached the point on social media with constant posts shaming people who might be planning to donate money for Notre Dame restoration. Posts imploring people to donate to who they think is more worthy and that the Catholics have enough money. Valid? Probably. But aren’t people allowed to donate their money where they choose? Do you really need to go on Twitter to tell people how you think they should donate their money? Is this just another way to make sure people know you are better than them? Look at me! I give my money to more worthy causes than you. I’m so special.

Is this entire blog post me saying look at me, I’m better than all these people shaming people on the Internet? Probably. I just think we could all be better and not spend so much time judging others about how they process bad news. That includes people writing blog posts like this one. And now I end the post with the aforementioned picture so people can judge me. 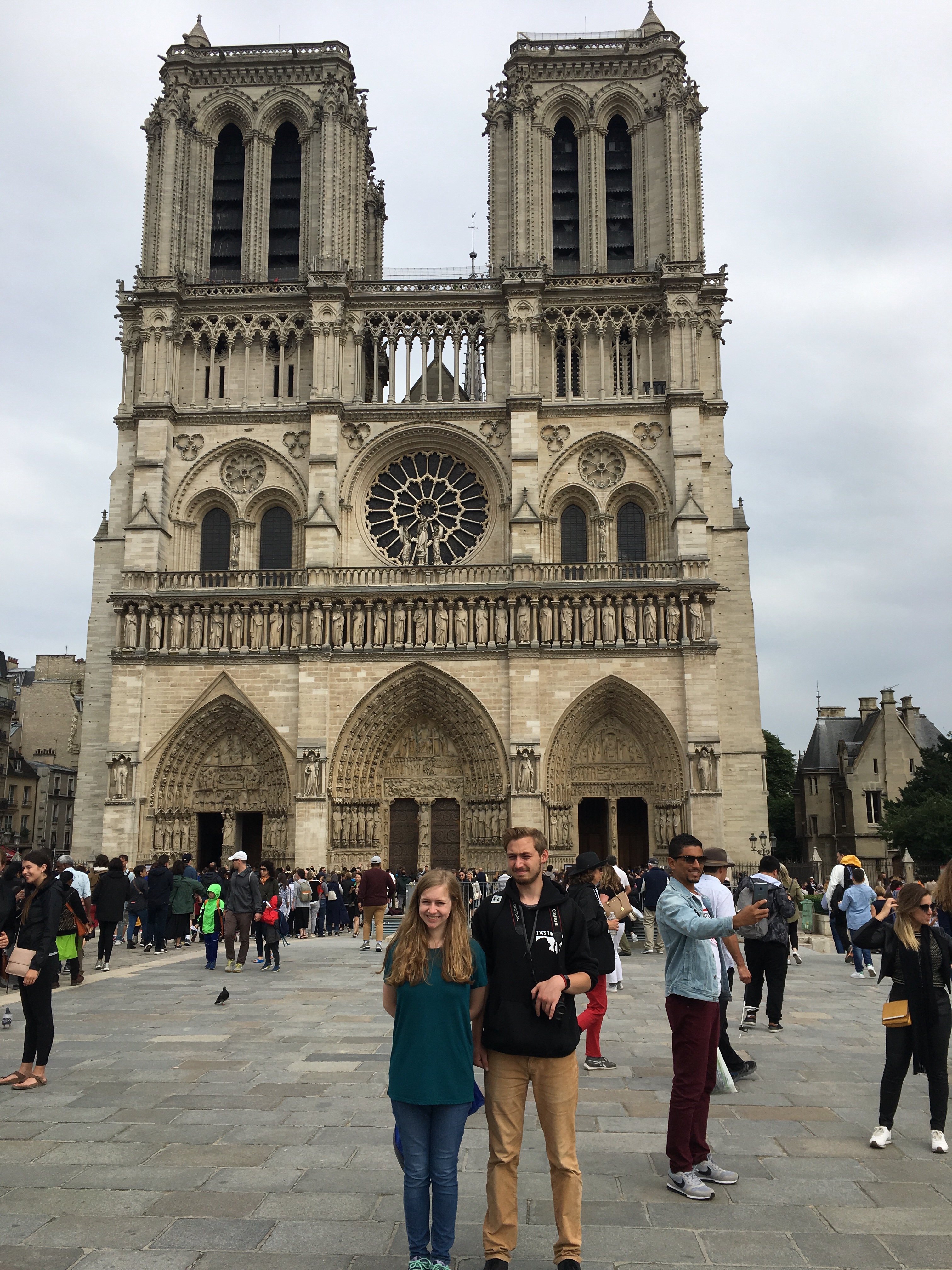