A long, long time ago I was the acting teen librarian at work. I needed to come up with some sort of class for teens. I walked out of my office and asked a coworker for any suggestions. She said “American Idol” is really popular. Maybe something with that.” I took the suggestion and ran with it. I decided to do a teen singing contest. Another coworker had a connection to a local car dealership owner who was locally famous for his commercials. She got him to be the host. I was able to get a local DJ to be a judge. We had two days of auditions where we picked five people to move forward to the finals. The Baltimore Sun was there and put us on the front page of the local section that weekend. It was a hit. 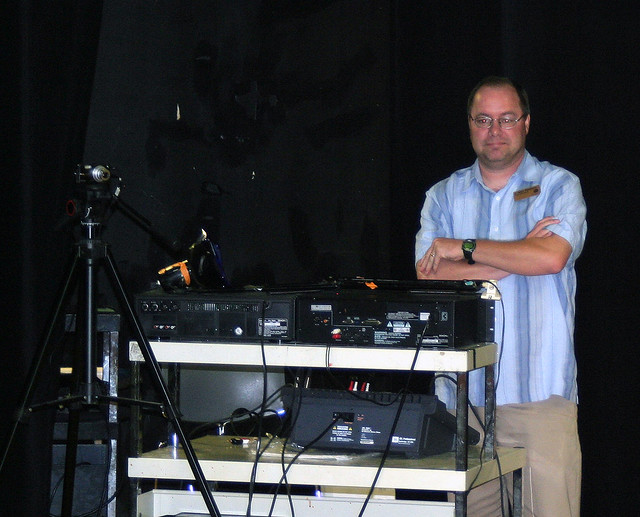 I did Idol for seven more years. Eventually, I was able to secure a big prize for the winner – they got to sing the national anthem at a local minor league baseball game. Jojo, the DJ from the Baltimore pop station was our regular host. A variety of local celebrities joined us as judges. One of those was a local news person who put us on TV. Without a doubt, Idol was my big shining moment in my career. It even led to me throwing out the first pitch at one of those baseball games.

A few of the kids from idol have continued their music careers. Alyssa Shouse won in middle school and now does local shows.

Alyssa and Pat both did Idol for one year, win and moved on. They both came back later as celebrity judges. Some of the kids, though, came back every year. I watched them grow up, one Idol at a time. One of my regulars(and I can admit now my favorite), Marissa Zechinato, is my friend on Facebook so it is easy for me to know what is happening with her music. A couple of years ago, she came back to the library and performed at an event I hosted.

Yesterday, she released a new single. You can see the video here.

I loved doing Idol and love to see my idol kids successes.

3 thoughts on “Tater and His Idol Kids”